Maggi instant noodles brand are very popular internationally but mostly in India. From students in hostels to housewives, Maggi is everyone favorites for different reasons.

Maggi has a large number of competitors in the marketplace but it is leading because of its high standard and good quality. Maggi was banned in the market but however, it managed to come back from such bad press and renew its former reputation.

1. Use short and meaningful tagline – The smart choice

Taglines should be designed in such a way that it should be catchy or clever to make them distinct from the taglines used by other companies. Tagline holds an important place in any marketing campaign.

Maggi is using catchy tagline from years. Their tagline is “Good Food Good Health”. This tagline can invite the interest of a large number of customers who believe eating noodles are not good for their health.

2. Use emotions in your marketing – Get ready

Maggi has always used family-based advertisement to attract its customers and their ad campaigns have helped them to maintain this images.

Image of a mother cooking the tasty noodles comes in our mind whenever we think of Maggi. Good advertisements are nothing if they don’t relate to real life emotions.

Maggi has shown recipe manually on the backside of the packets for sales promotion. In recipe, they have given set of instructions that will help someone who is cooking Maggi for the first time or who do not know how to cook.

It’s time to think that Giving proper knowledge about the product in the packaging is also a good lesson to be learned.

Maggi has used most popular celebrities in their ads like Amitabh Bachan, Madhuri. This is one of the most important reasons for turning into the no. 1 noodles brand in India.

5. Don’t avoid any type of marketing – The only way to fly

Maggi advertisements are all over the place from print ads to social media campaigns. Maggi has increased its promoting expenditure to 96 percent when the ban on Maggi was expelled. Maggi sponsorships were even found in motion pictures and Big Boss show.

Brands usually do the mistake of focusing on one way of marketing which can be risky too, so always try to be available for as many types of marketing as possible.

These marketing lessons from Maggi will surely be gone a help you in the digital marketing strategies of your own brand. Do share your favorite Maggi stories with us. 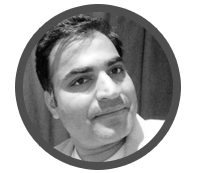